For Fistong, a summer bar and event location in Oudenburg, we’ve got assigned to manage their launch campaign.

In previous years the launch campaign was based on a competition with challenges executed by fans. This year we decided to take this concept one step further by creating the first interactive online series in which viewers were able to participate and determine the fate of the show.

Fistongs is the first interactive online series in which viewers were able to participate and decide the fate of the show. Kaffie brewed the conceptualisation, production and marketing strategy of the series. Furthermore, we marketed the show via social media - using exactly €0 on paid advertising.

Fistongs is an online series we created to be a word-of-mouth campaign in disguise. People were asked to join the series by uploading their own user-generated content. This meant that people would have to create and share content themselves and share it on social media platforms. In return, they got: lots of fun, lots of views, and the possibility to win a trip lasting 8 days.

The icing on the cake? The final episode was shot as  a live show (actors & participating groups) in summerbar Fistong. 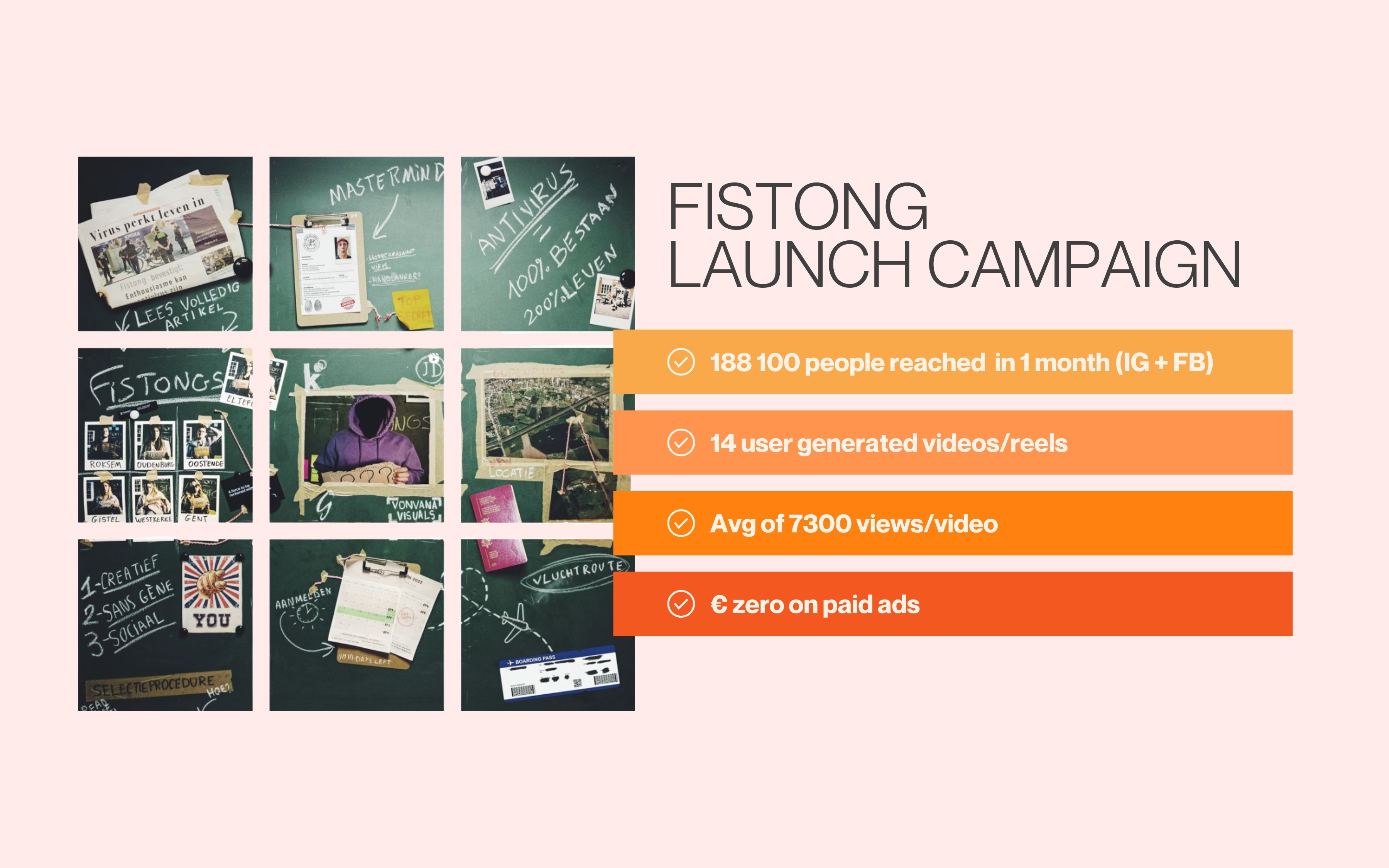